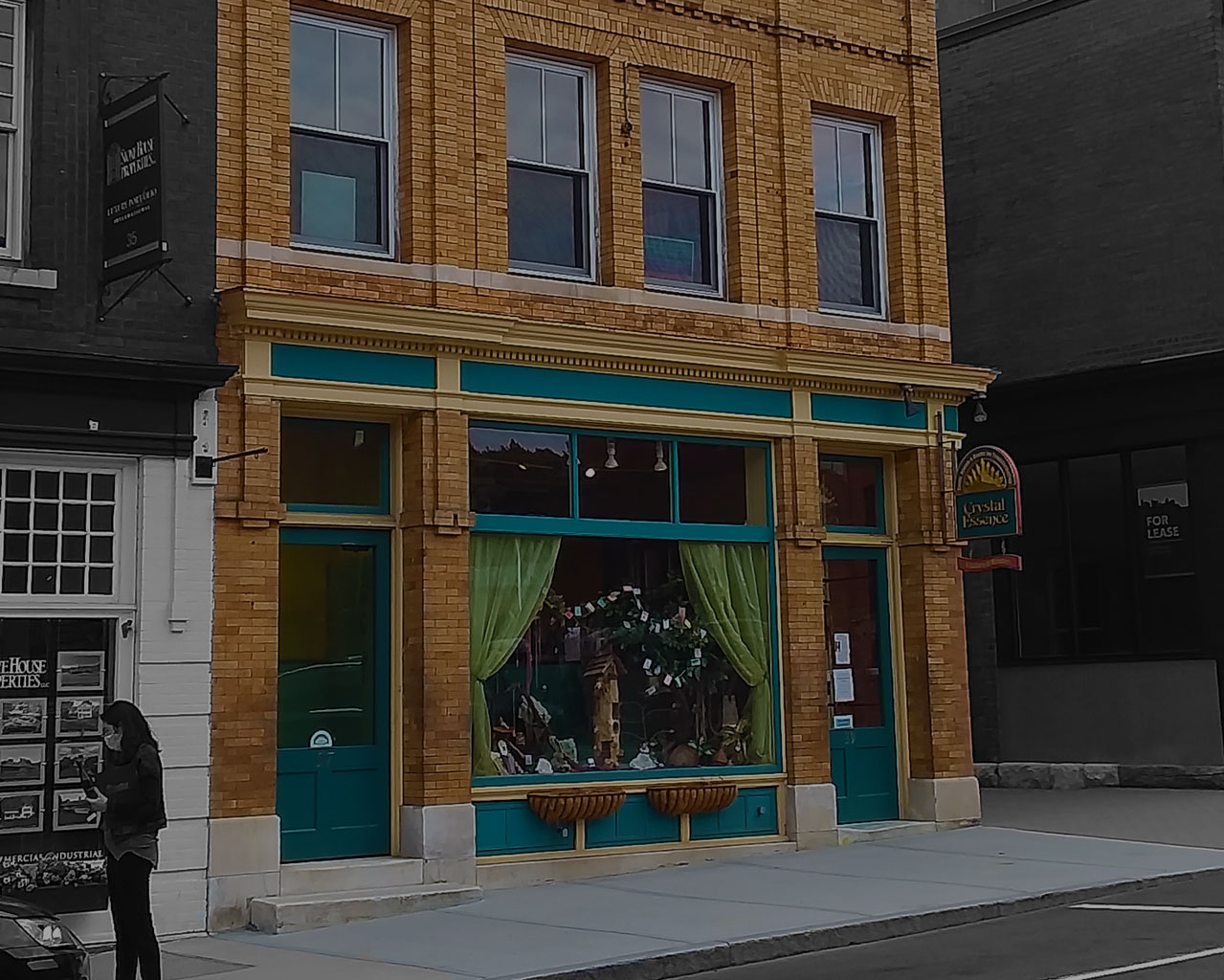 THE PASSING OF A TORCH

My Journey to Crystal Essence

There are so many things I could say about Adrienne (Crystal Essence Founder). I think the most important is to emphasize how much I love her. She became much more than a friend, not just a mother, or a mentor, but a force! Adrienne brought to my life, a purpose that I had forgotten. She reminded me of my spirit, my talents, and made me believe in myself when I felt the lowest, and when I felt my best.  I am sure she had no idea the effect she had on me every day, but I am very pleased that I can say that I thanked her for it. I definitely never met anyone with such a gift to give unconditional love!

Adrienne could be aggressive, pushy, argumentative, annoying, and frustrating! But she always managed to say and do everything from such a place of Love. I simply couldn’t be angry with her. She would chase me around my place of work trying to pull the negative energy from my chakras (hands waving in the air around me). I simply just let it happen, sometimes feeling that nothing was going to change, but yet it always did. No matter what, after spending time with Adrienne, I always felt better. Whether it was a crushing hug, or this thing that she liked to do of wrapping her arms completely around your head, energy work through Reiki, or whatever she happened to be doing to you that particular moment, or even literally climbing on top of you (zero filters), she found a way to give so much of herself to just make sure you’re better. I miss that, I miss her! I miss hearing the same story with numerous sidebars over and over and over. I miss the unnecessary details that somehow managed to become necessary by the time the story was over. I miss her amazingly-beautiful blue eyes and infectious smile. I miss the 10,000 bottles of supplements for every possible ailment, being shoved into my hands, anytime I complained (even slightly or not at all) about anything. I miss how Adrienne interpreted all of my dreams as meaning something profound, and she was usually right.

So you probably would like to know how I came to know Adrienne.  I could start by telling you how I first got to know Crystal Essence. When I was about 15 years old, I was on the roof apartment building on Railroad Street spitting on cars. Yes, you read that right–spitting on cars! So very juvenile, I know. My friend’s apartment had a window that went out to the roof.  It allowed us to go out and do stupid things that teenagers do. In a fit of boredom, we were out there spitting and laughing and being silly. So we decided to climb back in and take a walk up Railroad Street, and we found ourselves in a store that had just opened, called Crystal Essence. My friend (who happened to be named Adrienne too) and I climb the stairs to the second floor where she playfully pushed me and I practically fell through the door. My first glimpse was Mark’s legs from under, what looked like a card table. He was perusing a magazine wearing a White shirt with white animals on it.  I thought he looked like some kind of guru from an Ashram. As I looked around there were just hundreds of rocks on all of these tables.  I was so fascinated. I felt like I had just found my Nirvana! I feel like I made my friend stay in the store with me for what seemed like forever. I had to pick up every rock and feel it. Each one seemed to talk to me. It’s funny when I think about that now and realizes that I was always meant to be at Crystal Essence. It’s equally funny that it took me so long to realize that.

So through the years, I shopped at Crystal Essence regularly –whenever I needed to feel better, needed a tool, stone, or candle. It became my solace, my retreat, my safe space. I got my first book on Wicca there, and had my first glimpse of the metaphysical; spiritual books, tarot, tantric practice, yoga, & Goddess anything. There’s something calming and special about just hanging out in the store. I absolutely loved it!

Over the years I did some moving around Connecticut, Utah, and then returned to the Berkshires. I ended up at a local food store as the store manager. While I was there, Adrienne was complaining about the prepared foods. I listen to her complaints I did my best to help her understand what I could and couldn’t do to help, and from that point forward she came and found me as the sole individual to solve all of her problems. I truly enjoyed talking to her, although she told me many times, and often, that she felt like she was always ignored because she complained too much. She knew she was outspoken but I really appreciated that about her. There are very few people in the world that can be outspoken but truly honest at the same time.

I made a statement to her one day and she latched onto it because of how I worded it.  I had to explain over and over why I said it the way I had. She seemed to believe I had some clairvoyant gift. That’s not something I believed– I’ve had things like that happen to me, but never gave them much thought or stock. Little things like that kept happening –where she would question how I knew something or why I said something a certain way. She would tell me I had a gift for healing and there was something special about me. She asked me several times if I would be interested in coming to Crystal Essence, to which I would always reply ‘yes’, but I had a very well-paying job and the timing wasn’t right. One of the things I can always say about Adrienne is definitely persistent! For two years she asked me if I would come to Crystal Essence… So finally, I found myself without a job. After a few days of feeling intensely depressed, I sat alone in my room and said an affirmation: for my perfect job! I spoke the words three times in a row with absolute conviction. Not even a whole second passed and my phone rang –and who would be on the other end of the line– Adrienne! It was astounding! I didn’t tell her that I had been doing the affirmation right away. Actually didn’t tell her for several weeks. I think part of me didn’t believe it myself. For me, it was proof that I was meant to be at Crystal Essence. When I finally told Adrienne about the affirmation, and that she had called me immediately following it, she was also completely convinced that Crystal Essence was where I was supposed to be. She had me come into the store and help out while they went on a family vacation to Greece. I had already developed strong relationships with several members of the staff. Adrienne entrusted me with information that she shared only with those she absolutely trusted. It’s like being part of a family immediately. I couldn’t be more blessed!

After returning home from Greece, I was working on Adrienne’s injured foot (she hurt it in a cave in Greece) I looked up at her and said “I think there’s something wrong with your heart”. Mark was sitting on the couch next to us. I gave an explanation about why I thought there was something wrong, and she told me that she was fine. I urged her to get it checked and continue to work on her foot. The following evening was when she had her heart attack. That was the first night, during a period of several weeks, that healing power and love were directed at her from thousands of people, all over the world.

Adrienne’s love and grace, combined with what she had built at Crystal Essence, was being sent back to her as healing energy. It was difficult, but also beautiful! It was a culmination of her legacy. Thousands of people, who had been touched by her, were now sending love and healing energy back to her. Candles were lit in Notre Dame Cathedral in Paris, in Australia, New Zealand, and all across the United States. We got to see many miracles during the weeks that she lay in the hospital. I was absolutely convinced that she would recover from her injuries. The day before she passed I felt a shift in the energy, and I had a waking dream. I was lying on my bed and in a perfectly dark room watched blue and white lights dancing around my ceiling. It was the first time I was truly afraid that she would not recover. As I stared at the lights, a face formed in front of my eyes -transparent – familiar – but not, and it wasn’t threatening. After that, I was very calm. I was sure it was Adrienne visiting me, so I sat for a long while just talking to her. I was traveling the day that she passed on.  I landed in an airport in Orlando, Florida to see what seemed like hundreds of owls, both images and live. Owls are Adrienne’s spirit animal. So I looked around and smiled and simply said “hi Adrienne”. Little did I know that at that very moment, she was taking her last breath.  I thought about it later and realized that she did heal completely and utterly. I had said it many times during the course of the weeks in the hospital. She was going through a process of evolution. To evolve to a higher self requires breaking. She completed her evolution and is now perfect in every possible way. I was extremely sad while she was in the hospital. There were many nights that I cried so hard I wasn’t sure that I could stop. My own father passed away when I was very young, only 10 years old. I don’t recall crying as hard when he passed on. I think it was my way of protecting myself. But after Adrienne, I felt calm, I felt loved, and I very much felt her presence. And most of all I feel very in-tune. Adrienne had told me I was having a spiritual awakening. After what I have seen while she was in the hospital I have no doubt she was absolutely right. I keep myself open, I do not judge, and I let things flow freely. In her honor, I BELIEVE!

My goal now is to honor her memory by making sure that Crystal Essence continues to be the legacy that she wanted it to be! I am also honored to work with Mark every day, to have such a wonderful friend and business partner. I am doing what Adrienne taught me to do, by buying items for the store that I believe that she would like and that I also like.  If I’m doing my job well, then the feeling of the store should not change. I intend for people to walk in and feel Adrienne’s presence. Adrienne is with us and always will be. I take the time to channel her with every decision I make.  With her help and Mark’s, I can keep her legacy alive…

What you can read next 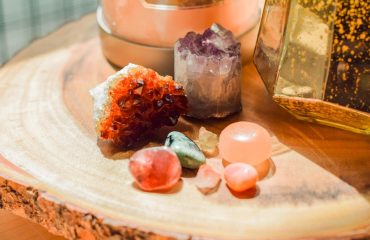 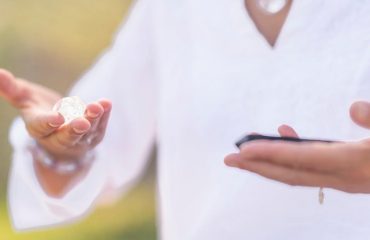 5 MOST EFFECTIVE ENERGY HEALING TECHNIQUES AND HOW THEY WORK

Get monthly information on how to reinforce your spiritual strength and wellness.

We’d love to hear from you about your experience with our goods and services.